Learn what an Abstract Data Type (ADT) is. Understand how programming languages use an ADT to represent various real-world concepts.

Before learning about Abstract Data Types, it is recommended that you have already read our article on variables.

In the simplest and most direct way possible, an Abstract Data Type (ADT) is an existing construction in computer programming that allows you to create your own data types. Your own types of variables.

But this explanation is very superficial for someone who is looking to learn the meaning of a ADT.

So, let’s understand in detail how it works.

Everyone who begins to learn programming is taught about primitive data types and how they are used to create variables.

stores integer value, but with a maximum of 1 byte of information.

stores integer value, but with a maximum of 2 bytes of information.

stores integer value, but with a maximum of 4 bytes of information.

stores integer value, but with a maximum of 8 bytes of information.

stores decimal value, but with a maximum of 4 bytes of information.

stores decimal value, but with a maximum of 8 bytes of information.

When we want to represent an age, for example, we use the type int, better known as an integer, because it allows the variable to store values without decimal places. Perfect for representing ages.

Another example: we want to represent a person’s gender (male or female). We could use the char type, as it allows you to store a single character. We use ‘f’ to represent the female gender and the ‘m’ for the male.

Another example: we want to represent an employee’s salary. For this case, the most suitable type would be double or float, as it is the data types that allow you to store values with decimal places. Perfect for representing monetary values.

Anyway! The primitive types serve to represent in programming code several concepts of the real world, such as age, gender, salary, among others.

The problem of Primitive Data Types

Primitive types become insufficient when we need to represent more complex concepts in the real world.

For example: imagine that you need to represent a fraction like the one below:

What would be the most suitable primitive type to represent it?

And a geometric shape:

Even more complicated! We need to represent a student:

You may have noticed that these concepts cannot be represented with primitive data types. They have a lot of information to fit in just one variable!

So, how to represent these more complex concepts?

Most of the “things” that exist in the world are more complex than a simple number. For this reason, they need more than one variable to represent them.

Let’s go to the fraction example. Note that it is made up of two parts: the numerator and the denominator:

Therefore, it needs two variables to represent it correctly. We can represent a fraction with two integer variables. Observe the code below:

Following the same line of reasoning, the geometric figure of the triangle below is composed of 3 points. Each point is composed of two other pieces of information: the X coordinate and the Y coordinate:

Therefore, it needs 6 variables to represent it correctly. We can represent the triangle with 6 integer variables. Observe the code below:

Likewise, a date could be represented by 3 integer variables: one for the day, another for the month and the third for the year:

Finally, to represent a student, we can use 4 variables:

ADTs (Abstract Data Types) are nothing more than a grouping of other data used to represent more complex real-world concepts:

How to create a ADT?

An Abstract Data Type needs to encapsulate your information. This means that the variables that represent the information cannot be spread out, as if they were declared independently. They need a scope (a body) where information can be kept.

Let’s return to the example of a date concept. Instead of declaring its 3 variables independently:

We need to place them within a structure with a scope. This structure can be represented as:

Most programming languages use the concept of classes to define an Abstract Data Type. They use the word “class” to define the scope (the body) where the variables will be declared.

NOTE: The C programming language uses the word “struct” instead of “class“.

See below some examples of creating the ADT “Date” in some programming languages:

Now that you have certainly understood the meaning of Abstract Data Types, do the exercise below:

Below are some concepts. Relate them correctly to their respective Abstract Data Types.

How to create a variable from a ADT?

Once you’ve created your Abstract Data Type, you can now declare variables of that new type, instead of using primitive data types.

For example: for the ADT “Date” we created, instead of declaring 3 variables of type int to represent it…

…we created only a single variable of type “Date”:

Because this variable already contains within it all 3 variables of type int.

It is important to remember that each programming language has specific details on how to create an Abstract Type variable. See some examples for the ADT “Date”:

Once you have created your Abstract Type variable. We can access all data within this variable through the operator ‘.‘ (dot).

Let us return to the example of the variable of type “Date”:

Once the date01 variable is declared, we can use the ‘.‘ (dot) to access and modify your internal data:

In the same way, we can use the ‘.‘ (dot) to access this data for reading. To print them on the screen, for example:

Most programming languages use this ‘.‘ (dot) as a mechanism for accessing the internal elements of an Abstract Data Type.

Below are some examples of using the ‘.‘ (dot) for modifying and reading data in several different programming languages:

However, it is important to note that, in some programming languages, there are other operators of access to the internal elements of a TAD. For example:

The C language has, besides the operator ‘.‘ (dot):

Operations on a ADT

In addition to the data, an Abstract Data Type can also have operations (functions).

In fact, this is the most important element of a ADT.

The operations (functions) within a ADT, allow it to operate on your data in an organized manner.

Therefore, the TAD is as follows:

Below is the ADT code with the operations (functions) included in several programming languages:

Note that the functions operate exclusively on the ADT data. Operations (functions) are created within the ADT and can only access data that exists within it.

See examples below (in several programming languages) of using this ADT with the operations (functions) already included: 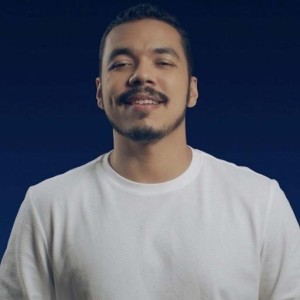 Was this article helpful to you?